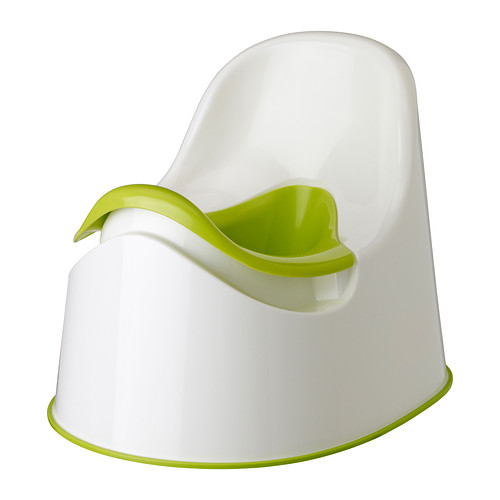 So I put the following to an elimination commuication (EC) forum (in Norwegian «bleiefri») for debate:

«I think we ECers would be a little more palatable to the world if we stopped calling it EC and named it what it really is -classical conditioning… Pairing the voiding reflex with a verbal cue. This is why cueing is so important to the process!»

A lot of people agreed with me that EC is a problematic term. Some disagreed and held that communication is indeed crucial to the process.

A few also asked questions about conditioning which indicated that they don’t really understand how it works.

There are two types of conditioning, classical (pavlovian) and operant (skinner-style).

I’ve thought about it, and EC actually is a mixture of the two.  Want to read about how I did it? Click here (in Norwegian).

Classical conditioning is when a naturally occuring reflex is repeatedly paired with a cue. The cue then becomes conditioned to trigger the reflex.

Pavlov’s dogs drooling at the sound of a bell which had previously been paired with food is the classic example.

With EC, the classically conditioned element is peeing at a sound previously heard while peeing.

But can babies get conditioned so early and so quickly, I hear you ask?

This type of conditioning is easy to instill. If you blow air in someone’s eye while sounding a bell, they will start blinking at the sound of the bell. Blinking is of course an involuntary reflex. It will take about 20 pairings of bell and air puff.  This is a psych 101 demonstration favourite because it’s so quick.

So given the number of times per day an infant pees, of course you can condition them to pee on cue if you cue them regularly.  You basically instil this pairing by doing nappy free time observation.  This allows you to cue as soon as you see them pee.

But what you are also doing is conditioning the baby to not go unless they are in the right place.  Which leads us to the next part. Now the baby will «need» and thus «want» to be helped by you in order to void.

The operant conditioning part is a little more complicated.  As the name implies, it requires for the subject to «operate» on something, i.e. carry out some sort of act, in order to achieve a goal (what we call «receive reinforcement»).

A very full bladder will of course void anywhere, but an EC baby will not be able to easily release anywhere in the way a non-ECed baby does (going anywhere is after all the most natural way of going!).

As an undergrad, I taught a very stupid pigeon to peck at a light (a naturally occuring behaviour) in order to get food.  Babies, being waaaay smarter than pigeons (at least most of the time), can of course also be trained in this way.

Babies have a limited range of naturally occuring behaviours, and they can be reinforced.  The reinforcement for an EC baby is being taken to the toilet to relieve an uncomfortably full bladder or bowel.  They will naturally «cue» right before voiding. In EC lingo, this means they display certain types of behaviour at that time.  This is often fussing or squirming (as anyone will know who has tried to hold a full bladder, that is what you do!).

By acting on this naturally occurring pre-pee behaviour by offering relief (reinforcement), you are reinforcing the behaviour.  Over time, the baby may or may not learn to consciously behave in a certain way in order to get help to void comfortably.

We like to think we are «teaching» our children to pee on cue. But what we are also doing is making it much harder for them to go without the cue.  They therefore are ripe for learning to achieve help by behaving in certain ways.

My guess is that the age at which children learn to use a behaviour to gain a reward varies as widely as children do in all respects.  At two months, an infant can learn how to instigate an environmental reaction and remember it for up to three days *.  This is why even occasional EC is effective, especially since learning to avoid discomfort happens very quickly.

But is it communication?

Naturally, you can choose to call the baby’s operant behaviour  «communication», which it is in a sense.

And you are «communicating» to the child that it is OK to go in certain places, and not OK in other places, by offering the chosen cue on the potty but not in the car seat.

Now the reason I think some people get up in arms about calling it conditioning, is that it makes the process sound a bit laboratory like and sterile.  But of course, it’s not.

I learned to love my pigeon when I spent hours and hours shaping its behaviour with food pellets over the course of several months. Pigeons can do pretty advanced stuff when trained properly even though their brains are tiny, see video!  But are the two communicting.. well, no.  They’re pigeons!  My pigeon learned to love me as it knew I brought food!

So if I were to write a book about this, I would probably call it «interactive baby pottying» or «responsive infant pottying», or something.  It’s not baby led, because a child would not know where it is socially acceptable to pee if you didn’t tell them.

But on the other hand, you wouldn’t know when they wanted to go if you didn’t respond to their behaviour appropriately, thereby reinforcing their cues.

EC gives many, many daily opportunities to interact with your child. You will take it to potty at the beginning a lot more often than a child would otherwise need dry nappies** . Each time is an opportunity for communication, interaction and care.  It would be unlikely for this interaction not to strengthen the parent-child bond.  Especially since babies love predictable, safe routines carried out in parental companionship.

And if it makes you feel better, call it communication!  But even without infant pottying, parents and children «communicate» about voiding. Anyone seeing a nappied baby «request» a change will know this. The EC term somehow to me implies that communication about voiding is something that only happens in non-nappy conditioned babies.

We all choose to spend our energy on different parts of parenthood.  Without EC, there would be a lot more time for other things. There is no denying that peeing every 15 min and cleaning up messes takes more time than changing four nappies a day. I do it because I find it interesting to see how our baby’s behaviour is affected by the opportunities we give him.  And because it probably reduces the risk of him having complications from his medical issues.

I get the sense that EC parents often look down their nose a bit at non-ECers. Which is why so many seem to panic when they have days when their baby poos everywhere!  But really, the important thing is spending some mindful time with your child, every day.  Nappy or no!

* The research of Carolyn Rovee-Collier is very interesting in general, look her up 🙂

**With our first we used disposables. She was not a heavy wetter and it was blissful -no washing, no dressing/undressing, she never fussed about peeing either.  She wore onesies, so no shirts sliding up her when I put her in the sling.  She probably had four nappy changes per day. Her poor baby brother has a medical condition probably contributing to him peeing every 15 min most of the time even at 5m.  Interval training for mum as our toilet is upstairs and I think potties are a bit of a pain in the ass to empty and wash..